This 1968 Porsche 912 is a refurbished example finished in its original color combination of Light Ivory over Black leatherette. Purchased new in Germany by a woman from Northern California, the car was shipped to the US and eventually passed to her niece. The seller acquired the car from her eight years ago in non-running condition and began disassembling it himself. Work included rebuilds of the 1600cc flat-four and 4-speed manual transmission, a bare metal repaint, new interior, and suspension refresh that included installing Koni shocks. This 912 has been driven about 5k miles since and is now sold with a CD containing photographic documentation of the refurbishment, a book of receipts from the seller, Porsche CoA, and a clean California title. 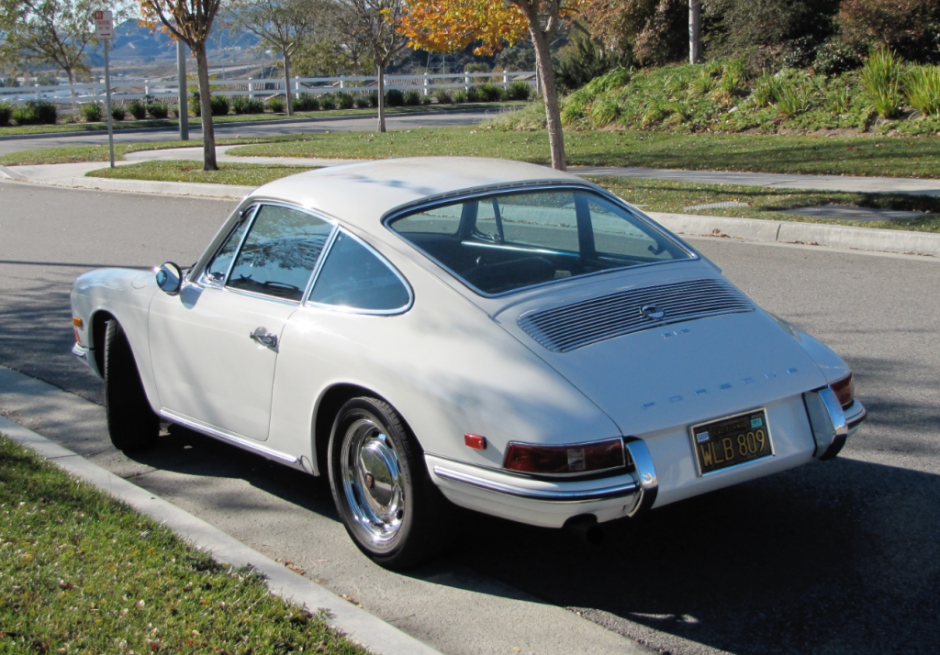 The 1600cc flat-four was rebuilt about eight years ago and has seen about 5k miles of use since. John Benton of Benton Performance tuned the engine, and the carburetors were refurbished by 356 Carb Rescue. An electronic distributor replaces the vacuum advance, though the factory item is included in the sale. The engine and 4-speed manual transmission are believed to be original, and records from the seller’s ownership show an oil change and tune-up six months ago.